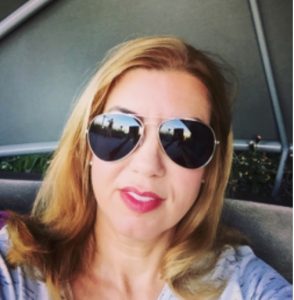 It was an invitation too intriguing to refuse: fly to LA to participate in a “top-secret mission” related to digital health. Instructions? Bring workout clothes. Don’t disclose your location. “We can’t say much. Just enough for you to quickly pack your bags, fly to California and participate in an exclusive Apple Watch from Aetna event – all expenses paid.” Generally, I’d file this type of message in the junk mail folder, but knowing that Apple takes secrecy seriously, I did some background sleuthing and decided it looked legit.

The mystery unfolded last week as I stepped into a black car at LAX with a secretive driver who joked that I and his other two passengers (who had received similar invites) would have to cover our faces as we drove through town. (Yikes!) When we arrived at a hip “concept” hotel I felt more at ease, and relaxed into enjoying the so-called mission with a glass of wine and some discussion of trends in the digital health industry. Over the course of a couple of days I was fortunate to join a group of new (and some old) friends to exchange ideas, take a challenging hike to the peak of Runyon Canyon Park, interact with Apple and Aetna execs, try out some new technologies, and get a glimpse of what both Aetna and Apple are envisioning for the future of digital health. I was assigned to one of several teams named after famous movies (in keeping with the Tinseltown theme) a personalized agenda, and some critical tools for the modern adventurer, including a bandana, water bottles, a phone charger, and, naturally, a selfie stick.

For about a year Aetna has used the Apple watch as part of an integrated wellness program available to its 50 thousand employees and those of several partner organizations it insures, such as Hartford HealthCare, which was represented among the participants in the mystery mission. Both companies are poised to expand the program.

Why all the secrecy? For Apple, it’s par for the course (and mission participants still can’t disclose all the details of what Apple shared), but this event was primarily arranged by Aetna for its own employees and a few key partners. Most of the 25 or so participants were staff from divisions throughout Aetna who had contributed to its partnership with Apple to date—some by inspiring others. For example, an Aetna employee named Nora lost more than 100 pounds in a year with support from the program. A handful of Aetna outsiders/digital health insiders were also included in the mission order to provide diverse perspectives and help generate new ideas.

In my opinion (though truthfully it remains a bit of a mystery) the top-secret approach was intended to enhance the fun factor for participants—and it worked. The experience was exciting, playful, and edgy, with a generous sprinkle of Hollywood glitter. If Aetna and Apple can harness that kind of energy to motivate people toward better health, more power to them. While I don’t imagine Aetna and its partners will be rewarding large numbers of people with glitzy Californian adventures comparable to this one, the tone and content of the so-called mission shows that they are thinking outside of the proverbial box. Just as the Apple watch takes health and healthcare outside of the hospital and onto your wrist, Aetna is taking traditional workplace wellness programs well beyond the walls of the office.

Stay tuned for further thoughts on the Aetna Apple partnership and its implications for digital health.

Author’s statement of conflict of interest:  I am not employed by Aetna or Apple. While my participation in the event described was paid for by Aetna, I was not required or asked to write about her experience.